Chinese solar manufacturing giants Longi and JinkoSolar on Tuesday both announced significant expansions of their production capacity for high-efficiency monocrystalline PV products, a technology that continues to eat up market share from conventional multicrystalline. 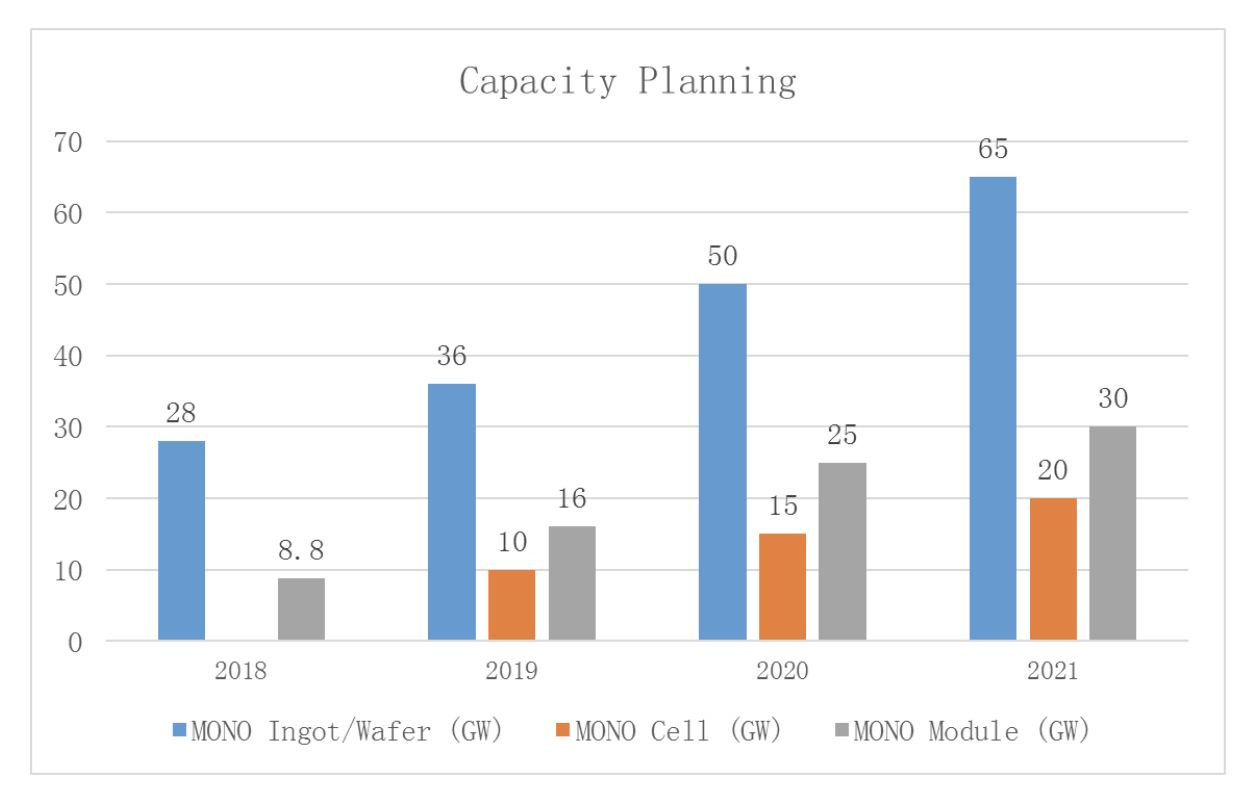 Meanwhile, JinkoSolar announced a new Chinese facility with an annual capacity of 5 gigawatts of mono wafer production, boosting the company’s mono wafer capacity from its current 6.5 gigawatts to 11.5 gigawatts when the facility fully ramps in Q4 2019.

The PV industry's shift toward more monocrystalline production capacity has been in the works for some time. Analysts say more companies are committing to the technology because of its higher efficiency and cheaper dollar-per-kilowatt-hour price compared to multicrystalline, a critical advantage as the cost battle between various clean-energy technologies intensifies.

While the global module market remains in oversupply, the supply of mono products is even tighter. With demand for mono modules increasing in many markets, including world leader China, manufacturers are sketching out plans to keep up.

Xiaojing Sun, a senior solar analyst at Wood Mackenzie Power & Renewables, said Longi’s move shows the company is looking to capitalize on its “first-mover advantage” in the space.

“It makes a lot of economic sense to adopt mono,” she said. “Longi is the company that drove down the mono price. […] They are the No. 1 company responsible for mono becoming a mainstream technology.”

“Global demand for high-efficiency mono products is increasing significantly,” CEO Kangping Chen said in a statement. “Our new production facility will serve as a leading benchmark for the industry.”

Spot prices for mono wafers and cells plummeted in the year to April 2019, despite a modest rebound in the most recent quarter, according to data from Wood Mackenzie Power & Renewables.

Rising demand for mono products pushed prices up in Q1 2019, but Sun said the added capacity detailed in Longi's and Jinko’s announcements should help alleviate some of that upward pressure.

WoodMac analysts forecast that mono prices will increase about 18 percent from Q1 of this year through Q4, before falling again in the 2020s.

Warning: Do not pay your next energy bill until you read this...  What is the one thing your power company doesn't want you to know? There is a new policy in 2016 that qualifies homeowners who live in specific zip codes to be eligible for $1,000's … END_OF_DOCUMENT_TOKEN_TO_BE_REPLACED